Jekyll in the Flesh: The Dual Mind in Victorian Englad 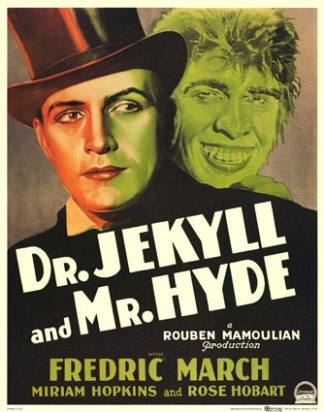 Following the 1886 publication of The Strange Case of Dr. Jekyll and Mr. Hyde, author Robert Louis Stevenson maintained that the inspiration for what is now his most famous story was self-generated; the product of a strange dream, and then his subsequent desire to write a story that could explore the duality that exists within the minds of humankind. However, to say that his Jekyll/Hyde creation was without singular parallel in Stevenson’s world is not to say that Stevenson was being entirely honest – otherwise, the question would not have begged asking. In truth, Stevenson might just as easily have drawn from a predominant discussion among late Victorian scientists: that of the “dual brain”, or bilateral brain hemisphere asymmetry. Even more striking, perhaps, are those specific case studies from Stevenson’s own time bearing striking resemblance to his fantastic creation.

In a basic sense, Victorian science viewed the brain as an organ with two distinct and separate halves. In other words, “…the left and right hemispheres of the brain could function independently; according to this theory, everyone has two perfectly formed brains, each of which can substitute for the other in cases of unilateral brain injury” (Stiles). Echoing our modern understanding of the two halves of the brain, the Victorians identified the left brain as the brain of logic, and the right brain as the brain of emotion. Inevitably, as a far cry from our modern understanding, this theory was also a useful validation of the 19th Century white male. The right brain was the house of “…emotions, instincts, and the unconscious” (Stiles), all things frightening and difficult to quantify or fully fathom. Then it was no wonder to the Victorian man that women, people of color, and the criminally insane were not such as themselves – they had a highly active right brain! The left brain was the home of all things good, civilized, upstanding, etc.

On a more complex level, this provoked the question of whether people were not merely whole beings, but delicate balancing acts between two beings of opposite natures, the question at the heart of Stevenson’s thematic focus: “…even if I could rightly be said to be either, it was only because I was radically both;”

If the mind were a careful balance between the two, then what was Stevenson’s view of Jekyll’s condition? A severe imbalance, perhaps. The distinction between personas is clear: Jekyll is well-groomed, fair skinned, and intelligent; Hyde’s skin is a darker shade, he is generally unkempt, is of smaller stature, and he operates impulsively, violently, and elusively.  A supplement to the Victorian “dual brain” dialogue was the common (enough) identification of hemisphere imbalance, a clear precipitant of mental illness and simple explanation for erratic and antisocial behavior. The correlation between the interpretation of mental illness in the 19th Century and the characteristic division between Jekyll and Hyde’s personas is evident.

Between 1875 and 1877, the English publication Cornhill Magazine published two articles regarding a certain Félida X, an hysteric medical subject prone to sudden changes between drastically different personalities. While her “normal” state was characterized by depression, and an anxiety about her physical well-being, her seemingly random transformation to her second state was characterized by uninhibited pleasure, happiness, and a personal resignation to “normal” daily activities. To serve as an exaggerated example, Félida allowed herself to be impregnated by her fiancee whom it was her typical custom to ignore in her first state, indicating a certain “moral abandon” in her second state. Some scholars have hypothesized that, in those areas where Hyde’s behaviors are not elaborated upon, he may be engaged in “…sexual transgressions, and that Hyde’s violence substitutes for something ‘unsuitable for fiction’, i.e. sexual misconduct,” (Stiles).

The two share more direct similarities as well. Félida’s transition from her first state to the next was characterized by sharp pains in her head leading to unconsciousness. Recall, then, Jekyll’s first transformation where “The most racking pangs succeeded: a grinding in the bones, deadly nausea, and a horror of the spirit…” Additionally, Félida’s case was described as showing signs that the random incidences of control by her second mind were increasing, just as Hyde’s personality grows more dominant in the story.

Another well distributed case of multiple-personality disorder from the same publication in 1874 dealt with a man, identified as Sergeant F, who developed separate personalities as a result of a bullet wound to his left-brain. Once again, his normal state was characterized by kindness, intelligence, and a sense of personal responsibility. His newly developed personality was, inevitably, the opposite: animalistic, violence, preoccupied with deviant behavior and indifference. To the author of the study, F’s “…indifference to pain and unpleasant tastes,” (Stiles) indicated a dominance of an indiscriminately animalistic nature, which would contribute just as well to moral decline. Sergeant F’s new disposition, after all, lent him to kleptomania. In his case, the commencement of his secondary state was attended by “…uneasiness and a sense of weight about the forehead,” (Stiles), once again hearkening back to Jekyll’s own experience.

Even beyond these cases the occurrence of multiple-personality disorder in conjunction with criminal insanity and hysteria was common before Stevenson’s publication, and the discussion it provoked just as much so with its question of curability and the implications it held for all people being highly debatable.

In the long run, these comparisons and coincidences are interesting, but in no way key. Stevenson’s story does not, in the end, profess to be a clinical run-up. It is a thematic exploration of each man’s capacity for misdeeds, and of the darkness inside of all people. He still succeeds, with or without a little help.