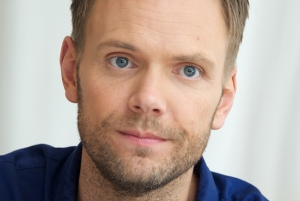 The Byronic Hero is a well known and easily recognizable character type first developed by Lord George Gordon Byron in “Childe Harold’s Pilgrimage” and further expanded upon in Byron’s other poems, particularly “Manfred”. ““Manfred” and Its Time” describes the titular character of Byron’s poem “Manfred”, as “a case study in narcissism, psychological disease, and antisocial pride…” Thomas Macaulay’s piece in the 1831 edition of the Edinburgh review is also quoted as describing this character as “proud, moody, cynical- with defiance in his brow, and misery in his heart; a scorner of his kind, implacable in revenge, yet capable of deep and strong affection.”

This self-obsessed, self-destructive character was so intriguing that it was picked up by many of Byron’s contemporaries, including Robert Louis Stevenson. He took the idea of the Byronic Hero and twisted it into his most commonly adapted and most easily recognizable character, Dr. Henry Jekyll. Dr. Jekyll is a secluded intellectual who uses his substantial wealth and education to physically manifest his split personalities in the form of Jekyll- the incarnation of his ego, his need to be accepted in high society, his fear of losing the privileges his given name affords him- and Eduard Hyde- the embodiment of his desires for sex, freedom, and oblivion. The Strange Case of Dr. Jekyll and Mr. Hyde is framed from the perspective of the purposefully flat Mr. Utterson, Dr. Jekyll’s long time friend and lawyer, a man who actively refuses to allow himself even a modicum of pleasure and serves as a moral anchor and narrative opposite for Hyde, reinforcing the idea that Jekyll and Hyde are not as different as they could be. Utterson makes a point of describing Hyde as inhuman, though of course he is nothing but human.

It is only after three of his friends are dead that Utterson finally learns about Jekyll’s true link to Hyde. This is largely because Jekyll is characteristically self-isolating, in spite of his well established group of concerned and caring friends. He would prefer to lock himself in his laboratory, even though he suspects that he is dying, (or at least that his days as Jekyll are numbered,) instead of confiding in these people who he supposedly cares about. He consistently lies about himself to everyone, showing at most half of his true nature, but usually far less than that. He chooses to ask for help when it is far too late, and only does so through manipulation and deceit. Rather than informing Lanyon of the truth or bothering to explain anything, he chooses theatrics and skullduggery- transforming from Hyde into Jekyll in front of an unprepared fellow scientist, shocking Lanyon to the point that he dies in a matter of days. In short, due to Jekyll’s selfishness Utterson loses three friends without an opportunity to help any of them- Sir Danvers Carew, murdered by Hyde/Jekyll, Lanyon, arguably also murdered, and Jekyll himself- and it is only after the fact that he learns any useful information, in the form of two long winded monologue driven letters from Lanyon and Jekyll.

Given this case study of the Byronic hero I would like to attempt to answer the following question: who is the Byronic Hero of today? To do this I will focus on Jeffrey Winger (Joel McHale) of NBC’s Community, a former lawyer obsessed with regaining his former social and economic status and fulfilling his basic desires by abusing the trust of others who must contend with a varied group of ultimately loving people who are willing to accept him in spite of it all.

Jeff is undoubtedly as narcissistic as his 19 century equivalent. We are first introduced to the idea that Jeff only befriends people if they serve a purpose in the very first episode. Not only does he abuse his relationship with a former client (John Oliver) in an attempt to cheat his way through his degree, but in his very first encounter with Abed (Danny Pudi), Jeff pumps the kid for information on Britta (Gillian Jacobs). After Abed gives a few personal details on Britta (whom Jeff calls the hot girl from Spanish class), Jeff responds with, “Abed, I see your value now.” While his levels of narcissism vary throughout the series, his self absorption is reaffirmed in the most recent season’s fourth episode, Intro to Felt Surrogacy. He and the rest of the now well established study group family are being subjected to a polygraph test, most of which has consisted alternately of judgment and fighting. Jeff, as the crew’s token problem solver and speech giver ultimately comes to the conclusion that they all should admit the things they have kept from each other over the years to avoid further fighting, after which he reveals that “if [he] had [his] choice [he] would rather look at himself naked than the women [he] sleeps with.”

Throughout the series Jeff’s wish to return to his life as a successful is put to the test, particularly in episodes where he faces his nemesis, Alan Connor (Rob Corddry). Connor is introduced in Accounting for Lawyers (season 2, episode 2) as Jeff’s former colleague. The two were once close (in Jeff terms), though highly competitive, until Alan turned Jeff in for forging his Bachelor’s degree. Jeff’s response to this revelation is to thank his new found friends for caring enough to find out the truth for him and then ask them not to “infect” him, because in his field “caring is lethal.” He is only able to ignore the facts about the type of person he would have to become to return to his former life for so long and this shift sets the tone for Jeff’s ultimate transformation.

Jeff starts out egotistical, friendless, and materialistic. Arguably not a lot changes for him in the entire five seasons of the show. It starts and ends with him trying to solve his problems with temporary hook ups cloaked in false commitment (both times with Britta). He is only ever able to express his true feelings in sweeping monologue after continuously avoiding anything real, and never without the situation (and other people) demanding he be truthful. But he does seriously contend with his character flaws. While Jekyll hid behind Eduard Hyde and refused to accept his “evils”, Jeff Winger is both is better and worse selves at once. He is the guy who has sex with one of his friends on the table where his closest friends hold study group on a daily basis. He is also the guy who continuously argues for togetherness and unfailingly admits his faults in order to bring the group back together. He ends up being unafraid of needing or giving help. He is obsessive, rebellious, ridiculous, self-absorbed, pretentious, manipulative, and self reliant; and he tries to better himself and his chosen family. There is a greater focus on emotional transformation, slow and small as it may be, instead of scientifically based physical transformation; but the take-aways are surprisingly similar: self-suppression and isolation are harmful, sometimes catastrophic things (though in this case self serving deeds result in impermanent darker timelines, not death).

← The Green Jekyll: Stevenson’s Influence in Raimi’s Spider-Man
The Use of the Isolated Character: Solitude in The Rime of The Ancient Mariner and Frankenstein →

4 thoughts on “The Post-Postmodern Byronic “Hero””