Some Reflections Upon “Happily Ever After” 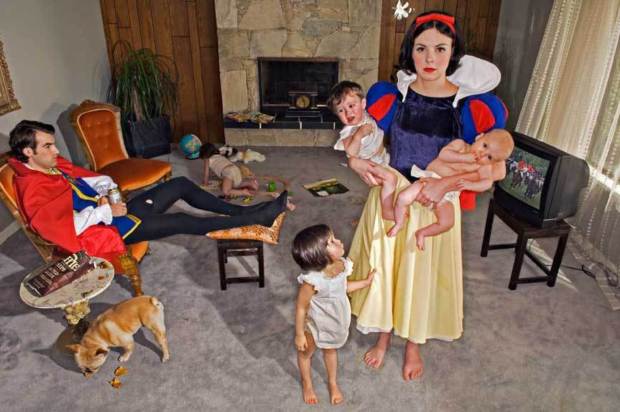 Snow White’s “Happily Ever After”

Disney’s line of princess-themed films have come a long way in terms of the portrayal of their leading female characters. Early films like Cinderella and Sleeping Beauty feature damsels in distress who simply cannot safely navigate life without the intervention of a dashing hero; later came films like The Little Mermaid and Beauty and the Beast, in which the female main characters “start a trend of working together with their male counterparts in order to achieve happiness, stability, and health as opposed to waiting for the male lead to prevail individually” (Davis). More recent films like The Princess and the Frog and Frozen have progressed even further with their heroines, creating situations in which women rescue other women or work hard to achieve their dreams without the help of or desire for a man. But all these films have one majorly misleading message in common: the notion of “happily ever after.” With all the excitement and adventure, who has time to stop and consider what that cryptically mystical phrase actually means? In her essay “Some Reflections Upon Marriage,” Mary Astell warns young women of the dangers in fixating on vanity, flattery, and fanfare while disregarding the aftermath: “She whose expectation has been raised by courtship, by all the fine things that her lover, her governess, and domestic flatterers say, will find a terrible disappointment when the hurry is over, and when she comes calmly to consider her condition, and views it no more under a false appearance, but as it truly is.” While not all Disney princesses dream of being rescued and marrying Prince Charming, few, if any, have prepared themselves for the realities of adulthood and domesticity that come after the adventures have ended.

The painfully traditional gender roles upheld in the early Disney princess films are utterly appalling by today’s standards, but in Mary Astell’s day they would have been considered entirely normal. Astell published “Reflections” in 1700 and certainly identified the issue of gender disparity years before that, but Disney’s first princess movie, Snow White and the Seven Dwarfs, was released in 1937, more than two hundred years later. This film, along with Cinderella and Sleeping Beauty, depicts the princess as a helpless, clueless pushover whose life hangs in the balance until some strapping young man can come to her rescue, after which they will be married and live—you guessed it—happily ever after. The same goes for Cinderella, who “is forced to cater to the needs and wants of her so-called family, yet [she] does nothing for herself, and never tries to improve her standards of living. Cinderella eventually meets her Prince Charming at the Ball, claiming that their love ‘is what makes life divine’” (Davis). But Astell’s essay proves that some women have questioned and defied society’s relentless attempts to place women in codependent domestic roles for centuries. Her argument urges female readers to “throw off even a lawful yoke that fits too heavy,” which in her essay refers to an unhappy marriage, but in today’s world mostly applies to generally degrading gender roles. The popularity of Disney’s princess movies that began in 1937 and continues today is evidence that some three centuries after “Some Reflections Upon Marriage” was published, many women have failed to answer Astell’s call. Disney’s “classics” have passed the remnants of antiquated gender roles and the misleading “happily ever after” message down to one generation after another, but their outdated themes have not gone unnoticed by everyone:

As Disney movies and their viewers have become more conscious of the problems posed by traditional gender roles, changes have been made. With the move forward into the somewhat more progressive Disney princess films of the 1980s and 90s, female roles advanced to allow for independent thought and dissatisfaction with domestic life, especially in Beauty and the Beast, in which Belle “wants more than her ‘provincial life’ in a ‘little town full of little people.’ Very early on, Belle is introduced to the idea of love with the male character, Gaston; yet, she is quick to turn him down, this being the first instance in which a Disney princess does not give in to the thought of love with the first male she encounters” (Davis). She breaks free of traditional gender roles in other ways, too, such as taking her father’s place in prison and attempting to save the Beast from an angry mob, but in the end, she still gets married to a prince and gets her very own “happily ever after.” The Little Mermaid struggles a bit with giving its heroine a strong sense of independence: though she defies her father and chooses the dapper young man she wants to marry, she gives up her voice for a chance to meet him and finally relies on him to defeat her enemy:

Even the more progressive princess movies end with a theme of “happily ever after,” making it clear that abandoning gender traditions is not the only obstacle in the path to raising children’s awareness of the realities of adulthood. Pocahontas and Mulan display a grasp of the role of the independent woman, as both women fiercely defend the men they love and do not seem to view marriage as a priority. Disney continued this pattern with movies such as The Princess and the Frog, Tangled, and Frozen, in which the women are often initially or entirely free of the desire to marry, and certainly do not view it as the only path to happiness. But there is a path to this mythical, abstract place called “happiness.” Disney may have produced films that successfully depart from traditional gender roles, but they still sweep the truth of “happily ever after” under the proverbial rug. Of course, there is no need to distress very young children with the harsh truths and banality that accompany everyday adulthood—indulging in fantasy is part of what makes it fun to be a kid. But perhaps there should be a day when a growing child or adolescent is asked to think about what happiness is, how to achieve it, and what to do if everything does not work out how he or she planned. The world is full of girls whose aspirations lie far beyond Astell’s “woman who has been taught to think marriage her only preferment, the sum-total of her endeavors, the completion of all her hopes, that which must settle and make her happy in this world,” but plenty of emphasis on weddings and vanity still exists in today’s society. Television shows like 19 Kids and Counting and Here Comes Honey Boo Boo continue to encourage Americans—mainly women and girls—to place value on healthy uteruses, codependence, and vanity while downplaying health and education. Meanwhile, shows like Bridezillas and Say Yes to the Dress fetishize astronomically expensive weddings and encourage women to throw childish tantrums in preparation for what they have always been told would be the happiest day of their lives. And what else could follow the happiest day of a woman’s life but a “happily ever after?” 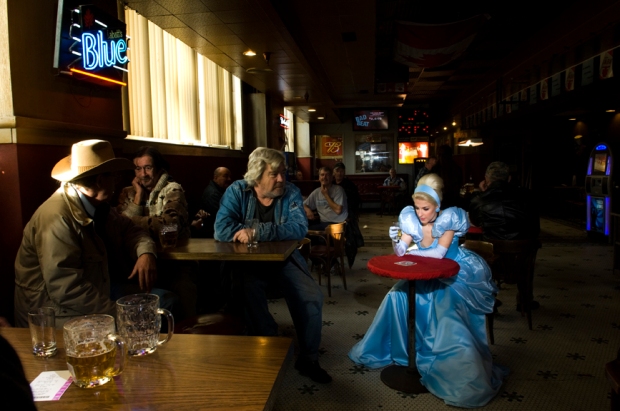 Cinderella’s “Happily Ever After”

It is certainly important to take into consideration the vast number of happy marriages and the many women who find married life rewarding and enjoyable, and the many men, too. Perhaps these are the people who knew beforehand that in order to function in society and have a successful career or relationship, one must be willing to work physically, emotionally, and intellectually both on individual and cooperative levels. Whether a girl grows up watching Cinderella or Frozen, playing with Barbies or building robots, saying yes to a dress or idolizing strong female role models, at some point she will probably have to get a job, pay bills, wash a dish, clean a toilet, or go grocery shopping, and her significant other will, too, if she chooses to have one. No child should be expected to look forward to the mundane tasks of adulthood, but every young person should be made aware of their existence and prepared to undertake them in order to avoid the disappointment Astell wrote about three centuries ago. Breaking free of gender roles is a huge leap in the right direction, but it will not entirely fix the problem. A girl can aspire to be swept off her feet and marry Prince Charming or earn three Ph.D.’s and become a groundbreaking intellectual force, or both, but if she is expecting to live “happily ever after,” she must understand that such a thing only exists between loads of laundry and diaper changes.

← Brutality in Satire: The Similarities of A Modest Proposal and American Psycho
The Sexual Double Standard in the 18th Century Continues Today →

5 thoughts on “Some Reflections Upon “Happily Ever After””