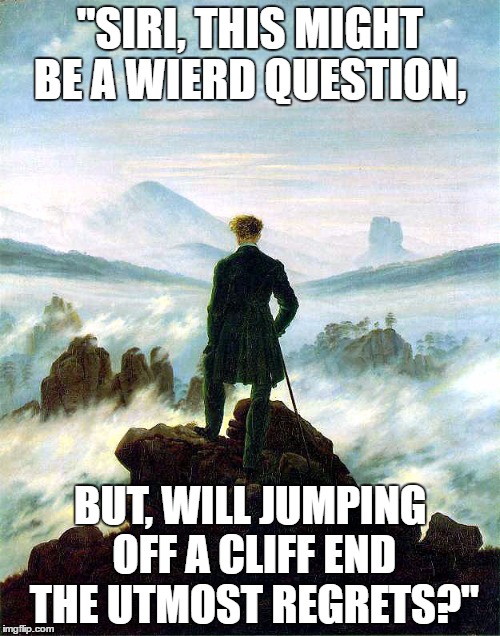 This picture illustrates a moment from Act 1 Scene 2 of Manfred.  It depicts him standing on the Jungfrau, a mountain in the alps near Manfred’s castle.  In this scene, Manfred is debating suicide.  His suicidal tendencies come from his chief regret, which remains ambiguous and haunts him throughout the narrative.  However, instead of committing suicide, Manfred is found and saved by a chamois hunter, who takes him to his humble home on the mountain.