The Beauty and The Psychopath 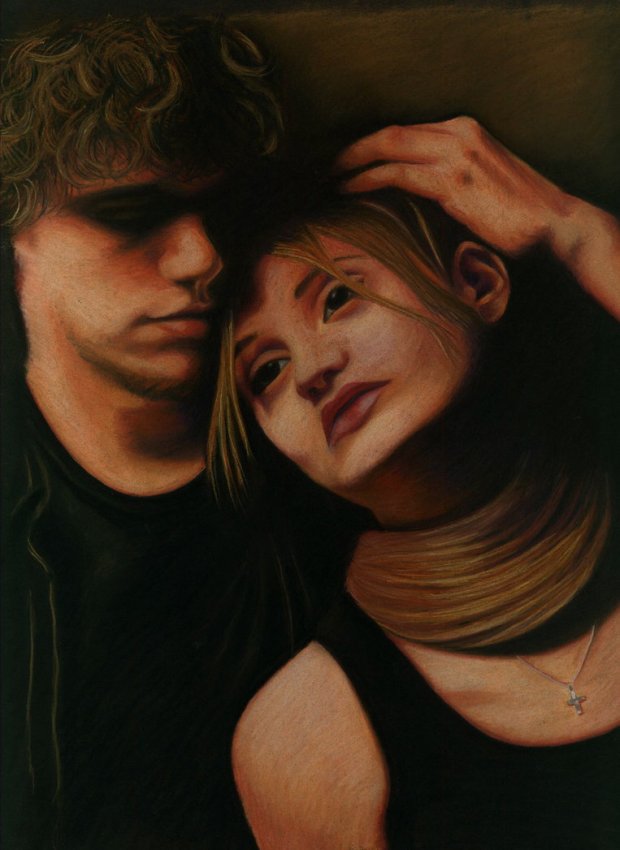 Robert Browning, recognized for his dramatic monologues poems. Porphyria’s Lover is one of his well-known poems of this style. It is a dark monologue of an unknown speaker who murder’s his lover so she will never leave his side. The speaker tries to rationalize to himself, the killing of Porphyria by mental changing her characteristics throughout the poem. After her death, the speak transforms her into an object of his complete control. The poem is of a mental break, but also of the objectification of women in the Victorian Era.

The poem begins a romance poem would begin, it is a dark and stormy night with a cozy cottage in the countryside. Porphyria enters bring warmth into the cottage with a fire; “…and made the cheerless grate Blaze up, and all the cottage warm.”  (Browning, l. 9-8 p. 1325) She disrobes out her wet clothing, not paying the speaker to mind as she does this. When Porphyria speaks to him, he does not respond even when she cuddles up to him. She tells the speaker she loves him, but he fears she will leave him in fear of societal views. This gives way to she is of the higher class and he is of a lower class. This causes a switch in his mind in the fear of if she leaves him, despite “she comes through wind and rain,” (Browning, l. 30 p. 1325) for her love for him.

The speaker commits the murder out love and frustration with Porphyria leaving him one day to conform to Victorian society. There does not seem to be any issue with believability with the speaker on the why he committed the crime. The speaker has an utter calmness about what he has done and it is all being said with an utter calmness draws in an honesty to the listener. This could be due to the speaker being in such a psychosis he believes in his own actions the reader has no choice in believing him. The speaker’s viewing of Porphyria changes throughout the duration of the poem. When she first enters the cottage, she pays him no mind until she herself is ready to greet him. Porphyria tries to get his attention, but he ignores her. She lays the move on him, by wrapping his arm around her waist “and made her smooth white shoulder bare.” (l. 17) She at this point is in complete control in their relationship.

It is not until “…too weak, for all her heart’ endeavor, to set its struggling passion free From pride, and vainer ties dissever,” (l. 22-24) the view of Porphyria has shifted from a dominant woman into a weak being. Eggenschwiler in “Psychological Complexity in “Porphyria’s Lover,”’ goes about how the speaker has a greater desperation than other young men who envision women as “tempest-tossed heroines.” He expands his fantasy until it resulted in his psychological predicament. Once again, the speaker’s changes how he sees Porphyria, at the start, he was distant, detached there is no word on how she is feeling going about the cottage setting up the “mood” for them. Eggenschwiler mentions perhaps he is bitter and is viewing her from the point of view of a passive spectator going into detail about into her motives. He sees her as his own living fantasy of being a god-like figure to Porphyria when he figures out she “worshiped” him. Porphyria had gone from this heroine, going against society, to a woman who worshiped her lover.

Eggenschwiler points how the speaker, “could grant no greater boon” (44) than to be the one to grant her death freeing her from her constraints of upper-class society. He strangles her to death with her yellow hair. Eggenschwiler notes that the strangulation has a sense of ritual as the hair was wrapped around Porphyria’s neck three times. The speaker then reanimates her and now has taken over the dominate role. This balances out the traditional role of a woman, and how they are to be under then men.

When Porphyria’s appearance was described, it is her yellow hair that the speaker becomes fascinated with. It is the first color that was mentioned in the poem. It is her appearance that sets up her demise for she is a woman of leisure and they are to be seen and not heard. The dominance that Porphyria has does not fit into society, being it is the men who are the dominant and the women are to be submissive. This being the opposite of how the poem is being told. The speaker is seeking how he can take control from his lover, and in his mind killing her is his only option. The death of Porphyria lets the speaker not only take the control of her, but she is now submissive to him and there is no cross between the “real” Porphyria with the fantasy Porphyria.

In the mind of the speaker, he seems to comfort himself by saying that there has been no change in their relationship. She is still the lively woman he fell in love with despite her death. There is still laughter in her eyes, and her cheeks “…blushed bright.” It is at this point where the utter calmness of the speaker, is him trying to convince himself that he is their ultimate savior by saying that this was natural and cleanses them from their sins. The speaker despite knowing she is dead has created life in his mind of Porphyria. He does not find what he did as wrong due to “…God has not said a word.” (l. 60, 1326) He took back his “power” and with God remaining silent this affirmed the righteousness of what he did by having his woman become his object he can do what he wants.

← “Eat me, drink me, love me”: An Analysis of Masculinity, Spirituality, and Sexuality in “The Goblin Market”
It’s Not You, It’s God: Christina Rossetti’s Relationship with Religion and Its Subsequent Role in her Poetry →

5 thoughts on “The Beauty and The Psychopath”